After living here for one year, there’re still plenty of sporty things to discover in this city. Yesterday, I went to do a Via Ferrata (“mountain road” in Italian) at the Bastille, the ancient fort in the middle of the city on top of the mountain and one of the symbols of Grenoble.

I was quite excited before going because I thought it was just climbing ladders on rocks with extra clipping gear for safety but what greeted me were 90-degree cliffs, tight wires suspended 30m in the air, flimsy-looking planks (that are apparently very secure because Etienne’s friend jumped on it to show how sturdy it was), and a couple of suspension bridges with not a lot of wires to hold on to for balance.

Now, I actually have a considerable fear of heights. It’s not so bad that I get dizzy standing on top of Petronas Twin Towers or Tokyo Tower because I know I’m in safe hands (or safe steel), but I still have vertigo when I’m on the roof of a building where I am exposed to being toppled over by the wind. The most extreme thing I did that challenged my fear of heights was a mini bungee-jump I did back in Yomiuri-land in Tokyo a few years ago, where I told the lady to push me because I was holding everyone up in line by not being brave enough to take the leap lol. Here’s a video of an experience I’m rather proud of:

But the Via Ferrata is a completely different thing. Unlike a roller-coaster or a drop tower where I don’t have any control but to just let go and scream, this was relying on no one else but MYSELF to walk on a 30m-high tight rope in mid-air with NOTHING below you and nothing to secure yourself except 2 very minimalistic looking clips attached with elastic and unconvincing looking strings that are supposed to support my weight if I ever fell off the cliff (<– super amateur description of via ferrata equipment). The guys in front of us had gloves and helmets and all, but basically, all I had were these clips attached to my harness. Looking back, I can’t believe they just leave the place open to everyone with no one ensuring the safety equipment of the climbers. In Malaysia, you would probably be forced to sign a waiver saying you won’t sue anyone if you were injured. But here, I guess public rocks aren’t afraid of being sued.

Here’s me before going on, oblivious to what was coming. Because #YOLO right. 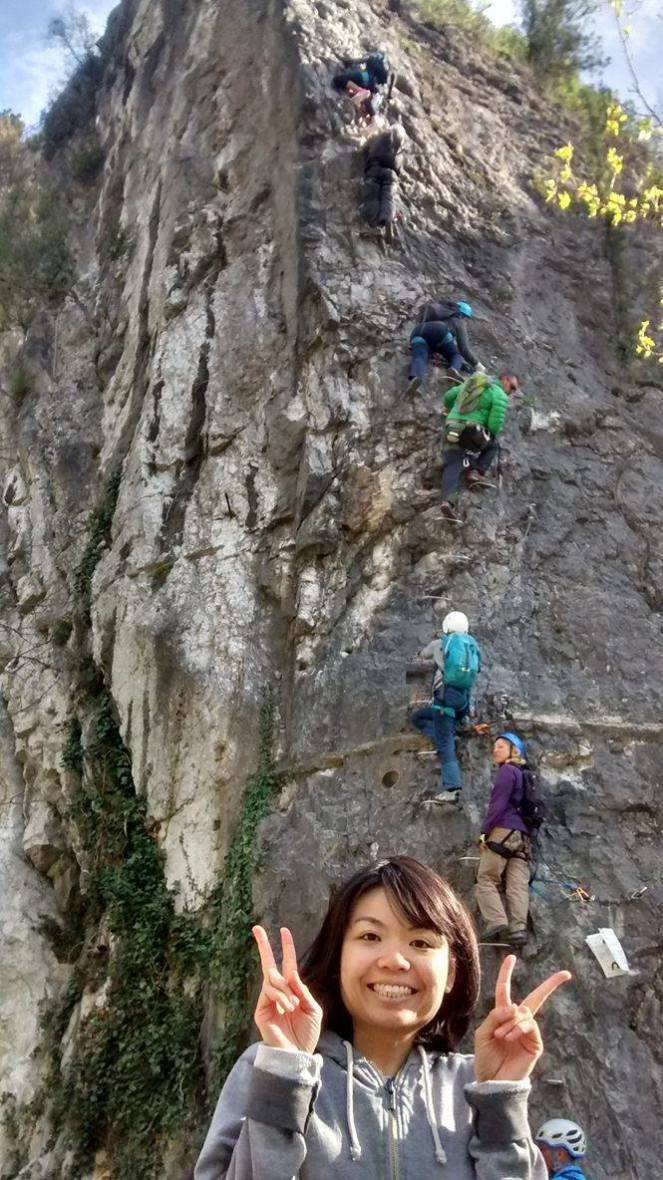 I didn’t take any pictures after we started climbing (ahahha how anticlimactic) because 1. Too scared, and 2. Don’t want to drop my camera. But here’s a picture I found on www.viaferrata-fr.net:

During this tight rope part I was freaking out but here’s where I think I conquered my fear of heights. Because we were already halfway through and there was no turning back since there were a dozen of people behind me (extremely sporty looking people who were literally laughing while doing it) and so I just had to suck it in and not look down and keep looking into the eyes (lol) of the uncle stranger in front of me who was nicely encouraging me because he heard me swearing and freaking out in the middle of the rope. I was also screaming to Etienne who was behind me not to get on the rope until I was off it because I knew any unintended movement would’ve freaked me out and topple me over, and it was only after we finished that I found out I was creating a bottleneck behind me because I took a longer time than usual. But I think the laughing couple behind me understood because sporty people are just generally nicer and supportive as long as you’re not in a place of breaking their momentum. For example, I’ve seen plenty of times when someone (sometimes me) falls on a ski piste, there will always be someone who swoops in gracefully by the fallen person to ask “Ça va?”

And here’s me feeling proud of myself after the climb. 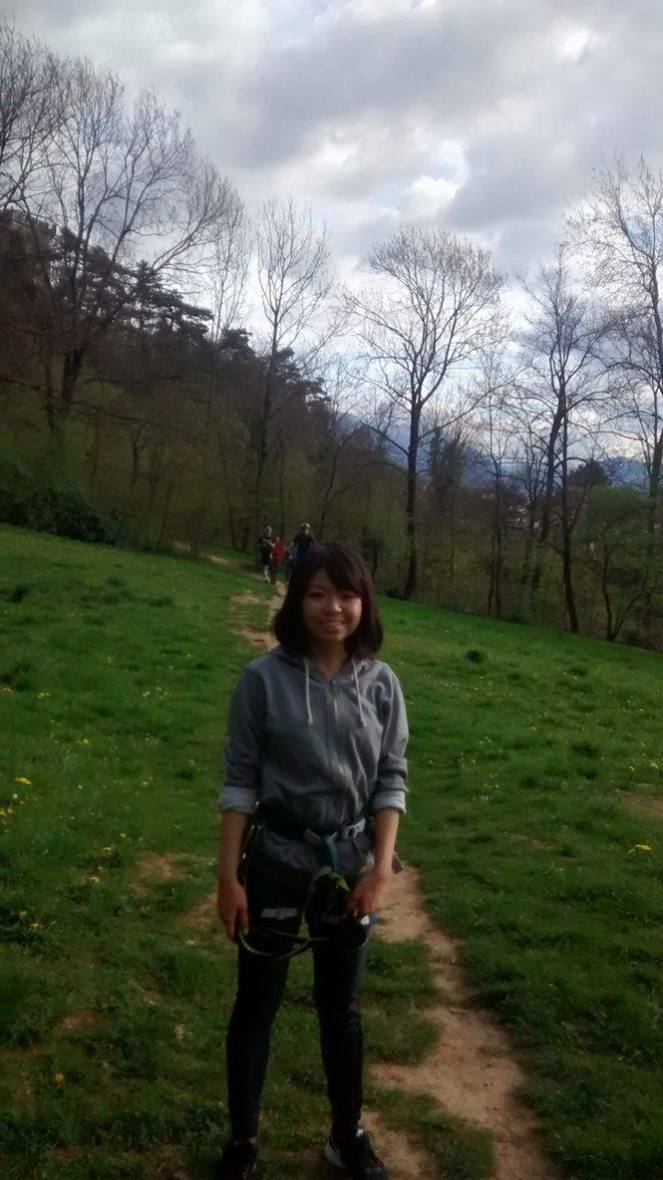 That’s all! Just sharing an accidental empowering experience and an extra attraction to bring my friends to whenever they come visit Grenoble. Moreover, it’s free if you have someone to lend you equipment (which costs minimum 45€) but I guess even if you had to rent it, it would cost around 10-15€, not a bad price for a cool mountain experience in the middle of the city!